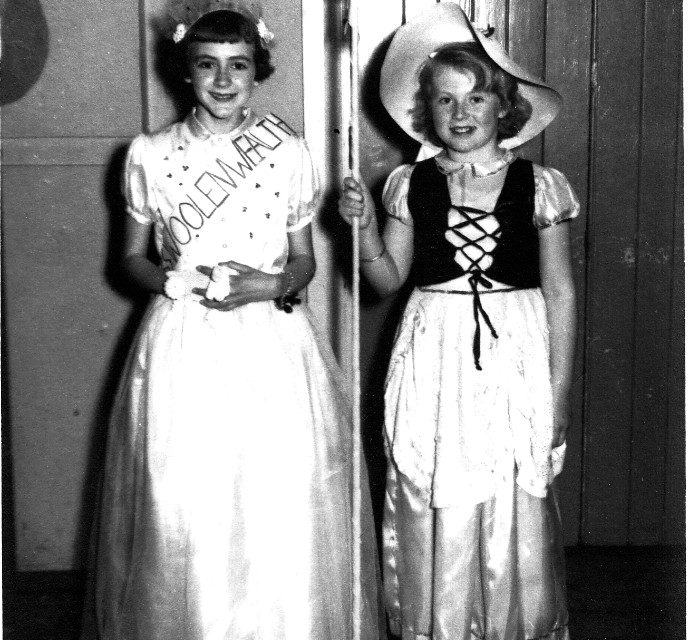 I write in support of our valued Soldiers Memorial Hall, once a social hub of this Yass community. It holds a lifetime of precious memories for many residents. First and foremost, it was built as a fitting memorial to those who gave service or even their lives in World War 1. It is a place to gather, to remember, to celebrate and to mourn, as each Anzac Day and Remembrance Day reminds us when crowds assemble for a solemn service in front of the grand old building filling the street and the footpaths for an impressive ceremony. In 2022 it will be exactly one hundred years since the foundation stone was laid (on Empire Day, fittingly)-the perfect time for a refurbishment of our Soldiers Memorial Hall. 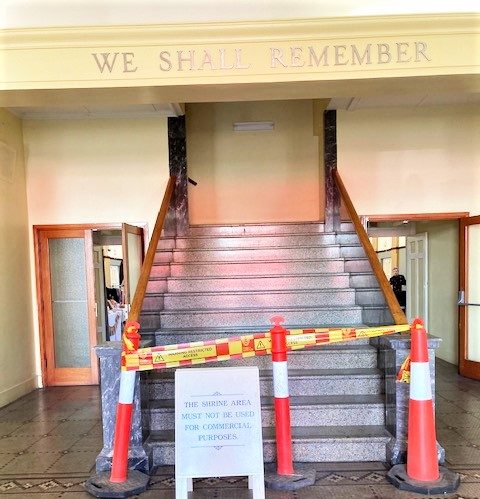 Let us also remember the mighty fund-raising efforts required to build this memorial. Ours has been an extremely generous and willing community during my own lifetime. Think new Olympic sized swimming pool of the 1960s, replacing ‘the duck pond’ opposite Yass Bowling Club, and the new ambulance station next to the Fire Station in Meehan Street for a start and all the events held to raise huge amounts of money for those and many other community facilities. It took an awful lot of euchre parties and dances and street parties, raffles and chocolate wheel spins and billy cart derbies. Thankfully, television did not arrive to keep us glued to our screens at home until the early 1960s.

My first memories of our beloved Memorial Hall go back at least seventy years. It was the focal point of a busy and thriving business centre that stretched far along Comur Street. It was imposing. It was busy, with regular functions held by local groups and schools. In the winter of my first year at Primary School, a Fancy Dress Ball was a highlight of the year – sets and costumes organized by our much-loved teacher Mrs Perrot. Leading the grand parade around the hall in my Queen of Hearts outfit was nerve-wracking, especially after I had trodden on the skirt of my elaborate crepe paper costume and it was fast coming adrift. We paraded and danced in our themed sets, and our parents came to watch and applaud. The gallery was fine seating for a good view of proceedings. 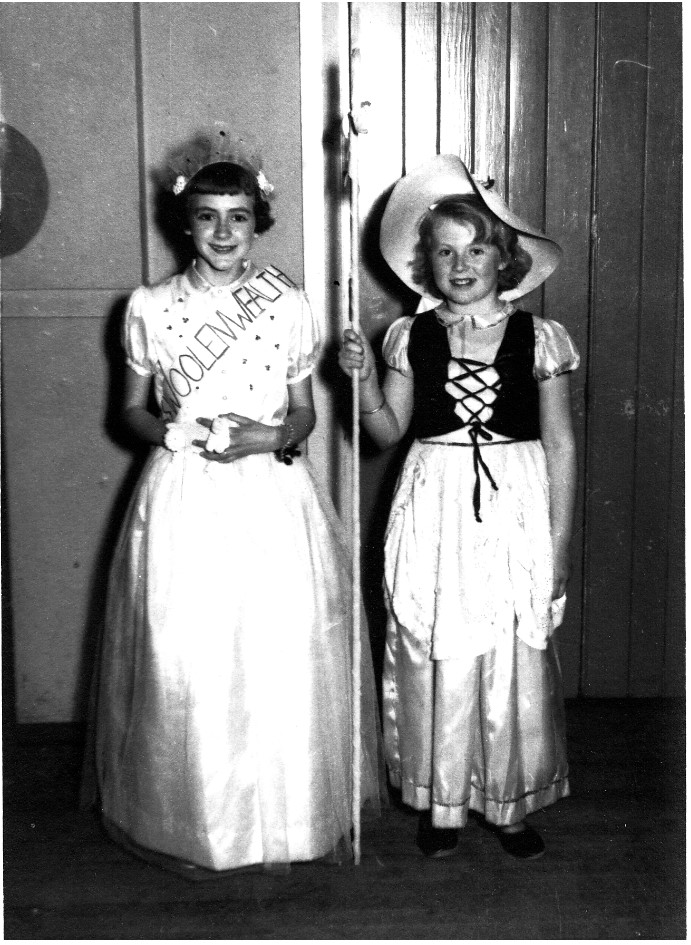 There were so many entertainments for which school groups were lined up and marched in an orderly fashion over the old Yass bridge and down to the hall. There we had our play nights and speech nights, fund-raising fetes and end of year Christmas parties with a local Father Christmas handing out gifts. Many travelling groups performed, the most memorable perhaps the Elizabethan Theatre Company, and even the Bell Shakespeare. There was ballet, and music and more than once a puppet theatre group. For social dances there might be the indomitable Miss Nell Becket on piano, or if we were lucky local musician N.A. (Pat) Pearce and his group. Bruce Lansley and his ABC Dance Band came from Canberra to play for numerous balls in winter or street dancing in summer when rock ‘n’ roll found its way to Yass.

Many remember the Top Town Variety concerts – a NSW wide competition that featured professional artists as well as locals, and singer Peggy Mortimer and her husband, accordion player Enzo Toppano were very popular. These concerts were wonderful – events to be dressed up for, and awaited with excitement. Concerts and dances were held regularly in the hall by local groups and clubs, most memorable being the annual Woollen Wealth Week finales and crowning of the ‘Queen’ candidates who’d raised the most money towards our modern and long-awaited swimming pool.

Debutante balls, Repertory plays, church flower shows, fetes and fairs – all happened in the hall with packed crowds. I remember market days and furniture auctions in the old ‘Supper Room’ which has been our district Library for many years now. How many thousands of local ladies formed catering groups to provide wonderful country suppers, lunches and Devonshire teas in the hall for a huge variety of functions, including world-class Music Club concerts, wedding receptions and conferences? 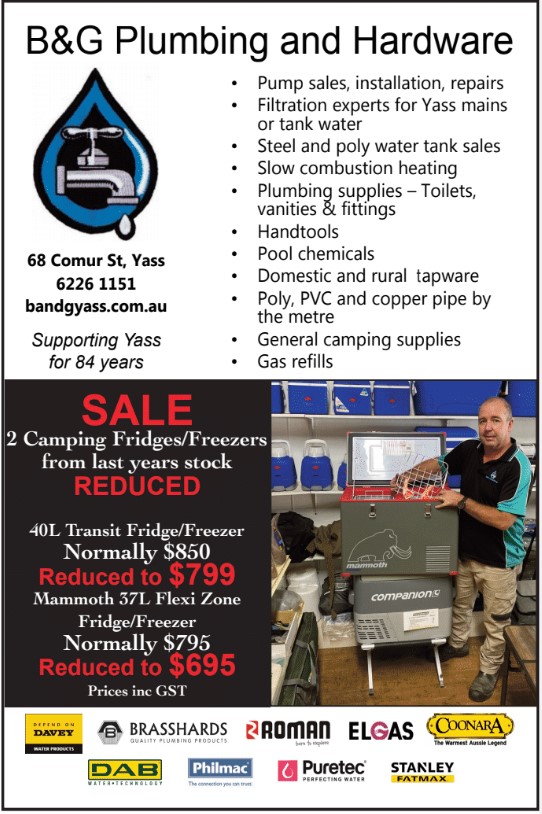 In recent years this has become very difficult due to the antiquated condition of the Hall’s kitchen. A major source of fund-raising for many clubs and support groups such as the Yass Hospital Auxiliary has now become almost impossible to use.
Fine music has always been a popular entertainment in our community, and the Yass Music Club has attracted world-class performers for regular concerts for over sixty-five years. Our Hall has wonderful acoustics, and many years ago was painted and decorated beautifully to suit its period.

A Steinway grand piano was donated by a local family, the Thyne-Reids, who have been generous patrons of the club for many decades – yet another example of the generosity of locals. During recent rains, water was seen leaking down onto the stage. The family of the late Dr RAG Holmes go on supporting the Club. His glorious cello music, larger than life personality and life of ministering to the ills and woes of the local population are fondly remembered in the Memorial Hall.

In the mid-1960s a Gilbert and Sullivan Society was formed, and the Mikado (perhaps the first show?) was a rollicking success, with talented High School teacher Brian Johnston as its musical director and producer and many locals enjoying themselves –back row of the chorus was the perfect place for a young shy schoolteacher like me. Of course, the Memorial Hall provided a great venue for the season of performances, as it did for decades of Yass Repertory Society’s popular plays. ‘Arsenic and Old Lace’ and ‘Blithe Spirit’ were two of the old favourites I enjoyed with my parents as a child, made all the more fun because we were watching well-known local actors strut their stuff.

Historical Society members and family history researchers (often elderly) must make their way precariously up very steep stairs to the Yass Archives where the priceless documents and records of our community are stored and meetings are held. Coming down those stairs is a risk to life and limb. Time for a lift, surely?

My plea to Yass Valley Council: – help us make sure our beautiful hall is updated and made safe and secure, so it can continue to be a gathering place.

The whole building is a monument and with its precious Shrine of Remembrance, and the cenotaph erected in recent years at the front to commemorate many wars, is a vital space for our community. Let’s make sure it is never overlooked for maintenance and climate proofing.

With a continuing strong focus on community spirit, we will be better able to face an uncertain and difficult future.

Let’s make sure the Yass Soldiers Memorial Hall is a spending priority for Yass Valley Council at Budget time.

Letter to the Editor 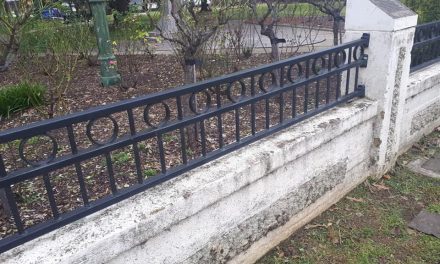 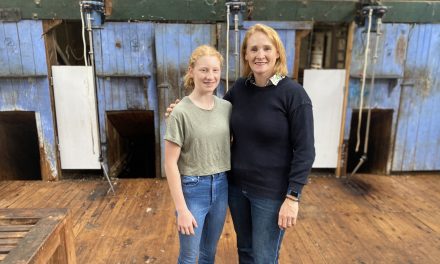 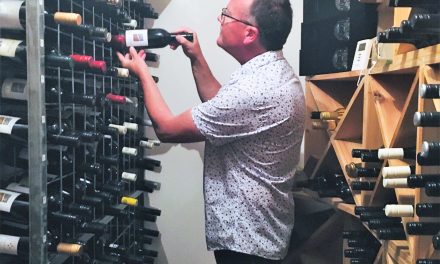 The sparkling story of champagne – by any other name – “We do make some brilliant bottles of bubbles…indeed right here in the Yass Valley region,” – Brent Lello