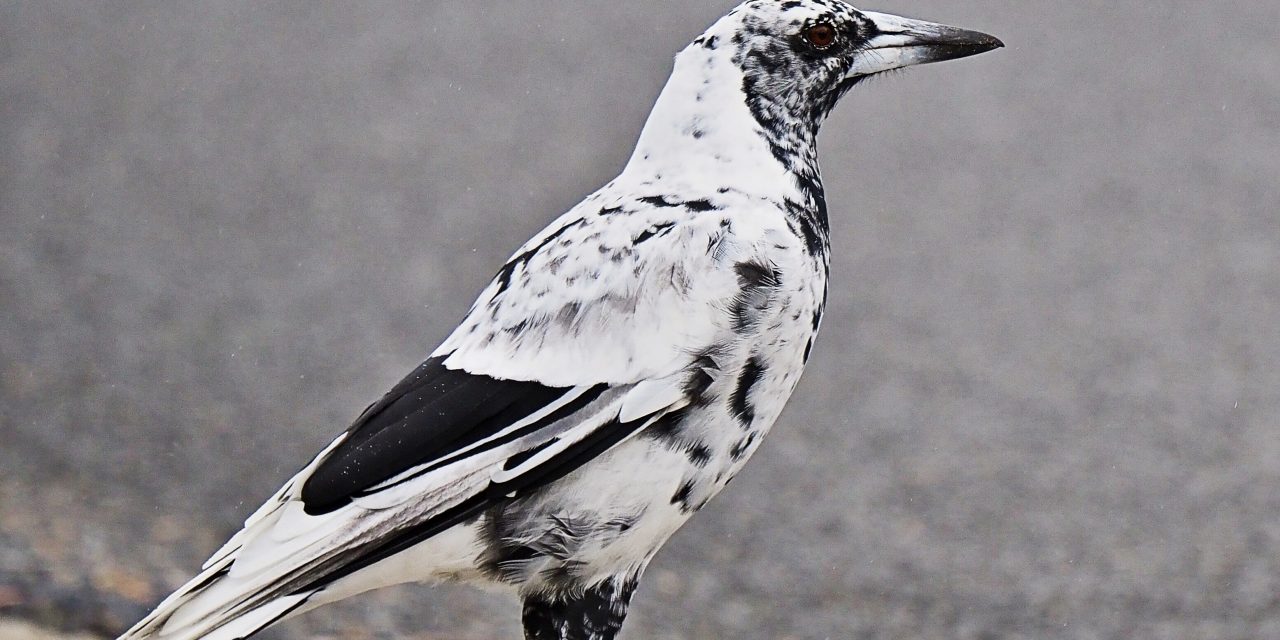 Ornithology enthusiast Rhonda Corcoran captured this photo of a rare Magpie in Yass and thought it might be of interest to other local bird enthusiasts and our readers.

“I was lucky enough to photograph a very different looking magpie in Yass recently.”

“I had sighted it a couple of months ago when I didn’t have my camera with me, but I had been unsuccessful in my quest to find it again.”

Thanks to her own flock of friends who alerted Rhonda this week, she was able to quickly high tail off with her camera to the street where it had been sighted.

“Luckily for me, it was still there with its other magpie mates.” 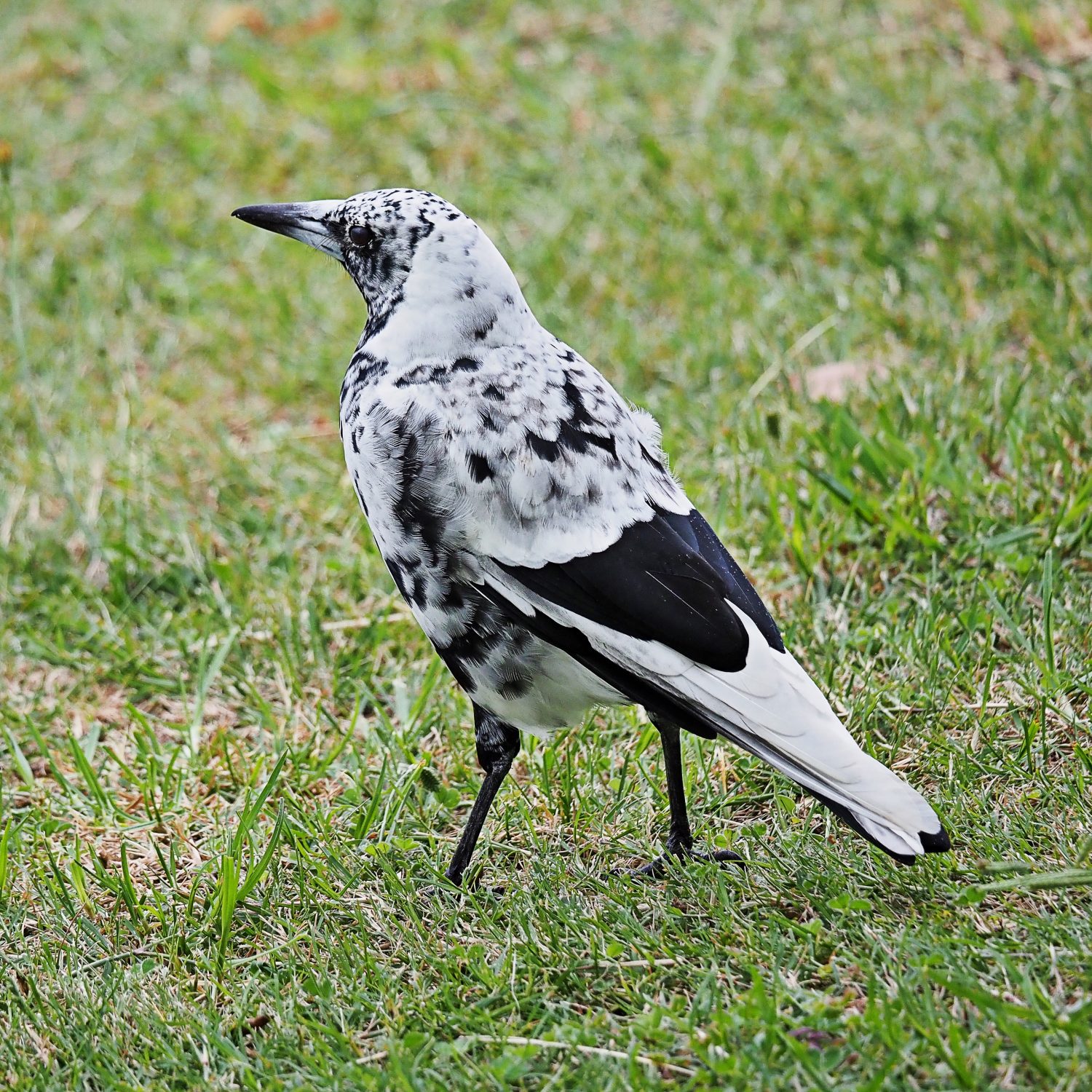 Rhonda described the unusual white-dominant plumage as a genetic mutation.

“The magpie is perfectly healthy but has leucism. This is an abnormal plumage condition which prevents pigment, particularly melanin, from being properly deposited on the bird’s feathers.”

“Unlike albinism, a leucistic bird retains its natural eye, beak and leg colouring. They are quite rare.”

As white birds are more visible, the leucism mutation could make affected birds vulnerable to predators.

Some experts consider the magpie species bold nature combined with its strong family dynamics a possible factor in why the mutation survives in magpie flocks more than other species of birds. 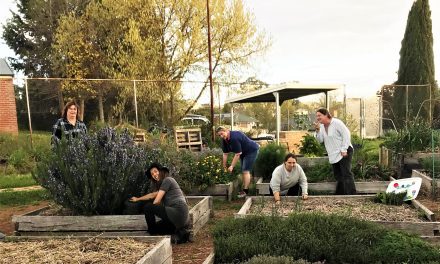 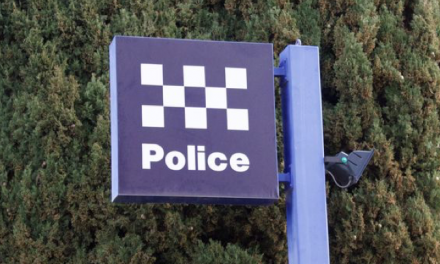 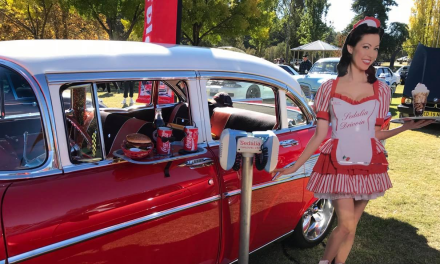 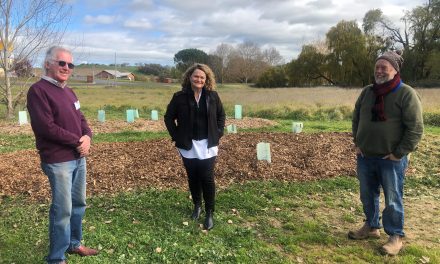