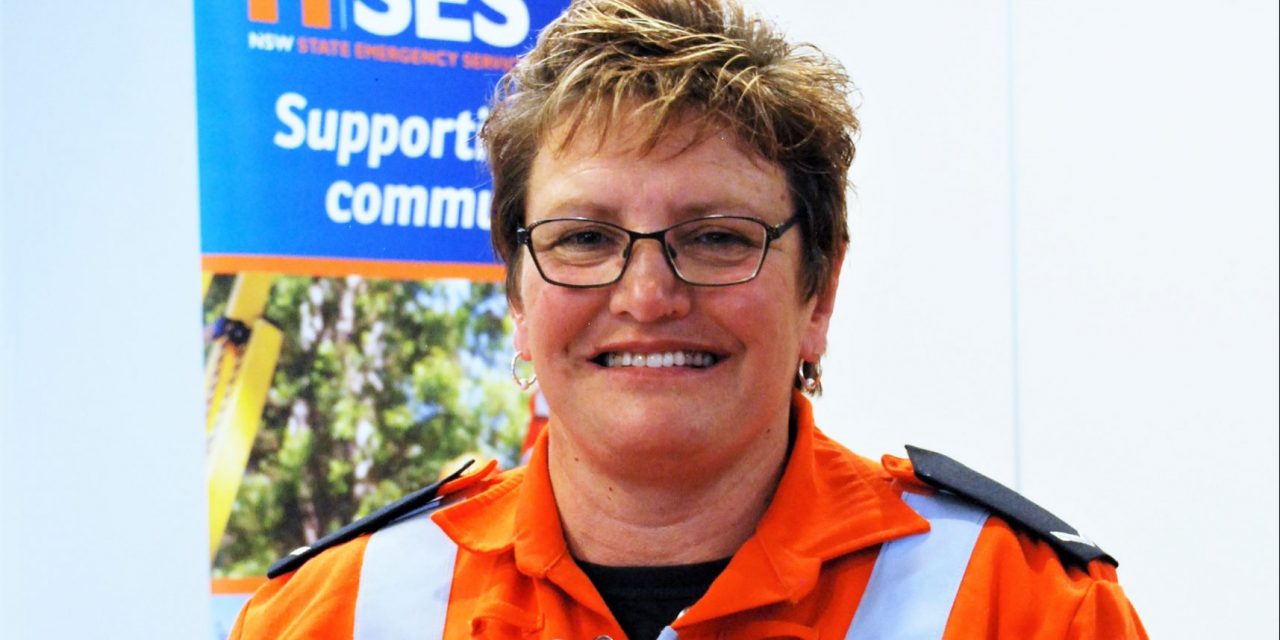 Penny McBean received the National Medal, Citations from the NSW Premier and SES Commissioner, and a long-service award for fifteen years of her seventeen in total with SES Yass unit.

“With the fires, I was never home. It does feel special to be recognised,” reflected a bright and bubbly Penny. A stark contrast from where she was at mentally and physically when the fire emergency was unfolding in 2019. 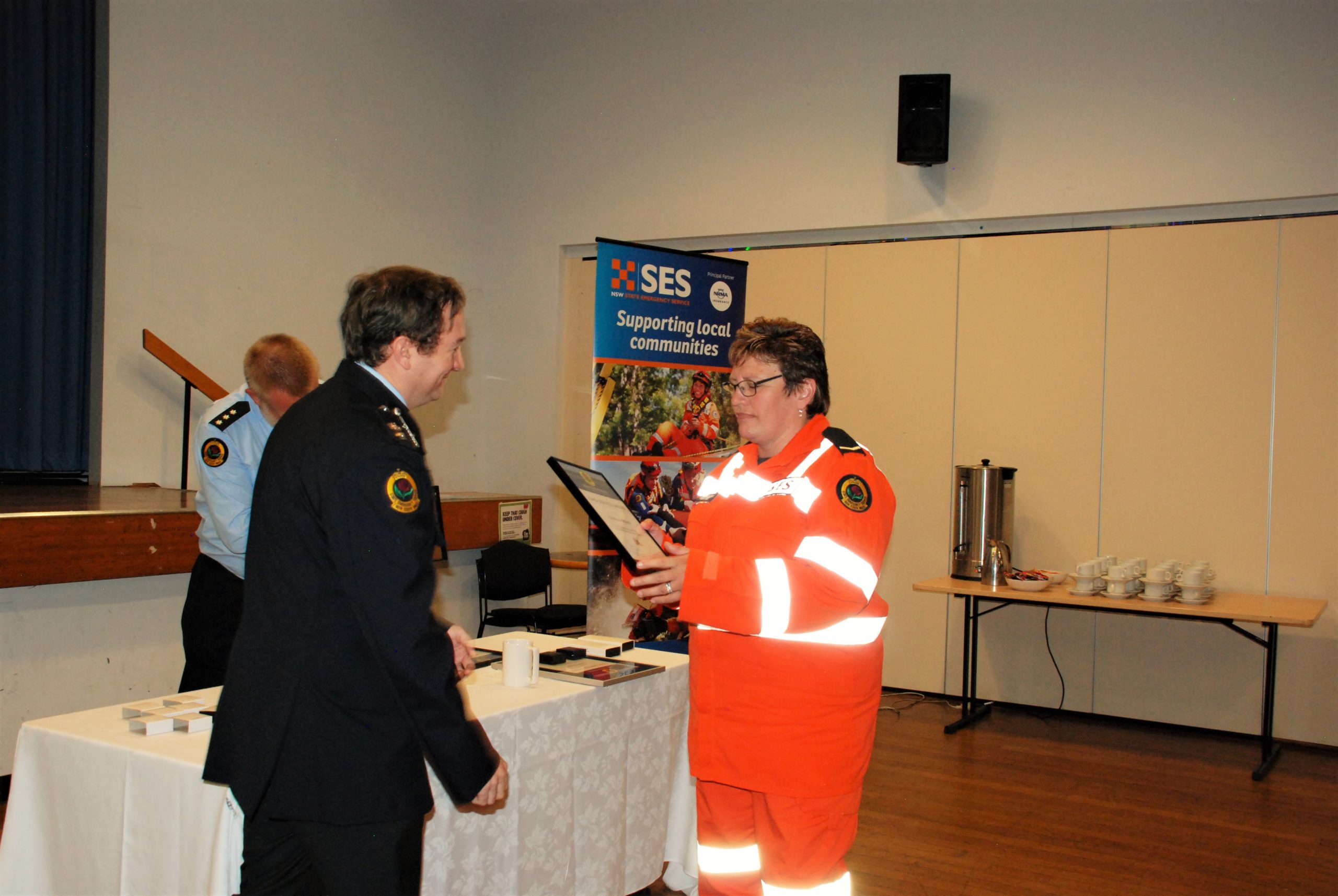 Penny describes how an injury had left her out of work, bored and depressed.

“I was at that stage that I wanted to work, but I couldn’t find work, and I’m like ‘I can go and learn other stuff’ so off to Glen Innes I went. And then from there, it was just home-SES, home-SES, home-SES, and I might spend three days at home and a week at SES up at Glen Innes and anywhere.”

Penny believes she took away so much more in the exchange.

“I’ve learned more skills to do with logistics and meeting new people. I just love SES. I’ve been in it for seventeen years now, and my first baptism in SES was the 2003 fires.”

During recent emergencies, Penny had to change gear from in the fieldwork to behind-the-scenes communications, logistics and even organising feeding the hungry crews.

“In the fires, I was in the Control Centre doing logistical stuff and catering and then floods doing building impact assessments, doing different stuff.”

The SES Commissioner’s citation acknowledges Penny McBean’s efforts during the recent fires including sixty hours to the Fire Control Centre in Queanbeyan, the equivalent of a week of 12-hour shifts.

Penny was also at an important moment in her personal life.

For many, a wedding is a stressful and logistical nightmare let alone squeezing it between weeks of remote SES emergency response duties as Penny did in 2019.

“I had a shoulder injury, and I wasn’t working so I had a lot of time to organise it (the wedding), and then we got married at my mum’s so she organised that bit. I had the reception organised but there was an error with that but in between my deployments I managed to get it sorted and my first deployment to Glen Innes the guys joked ‘We’ll leave Penny here; she’s got 13 days to walk home before she gets married!'”

Penny described her husband, Andrew Buckmaster, as incredibly supportive of her SES involvement.

“Andrew encourages me to do it because I was just sitting at home bored and depressed, so getting out and doing this stuff is good. He is behind me all the way.”

The happy couple exchanged vows on the 9th of November 2019.

Penny encourages anyone in a similar position to what she found herself in fifteen months ago to consider volunteering in any role.

“If people are thinking of joining SES or any other thing, there is always something you can do. You don’t have to be out there in the field because what you do in the control centre is just as important,” – Penny McBean, Yass SES volunteer. 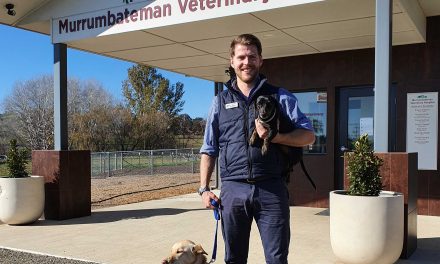 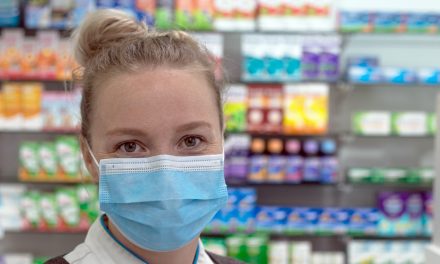 Free Flu Shots For All In June 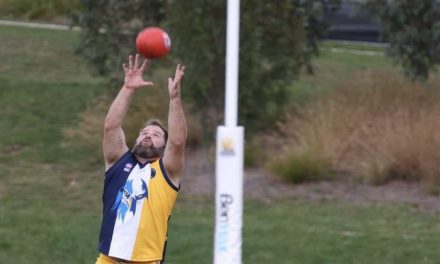 Over 100-point win for the almighty Eagles 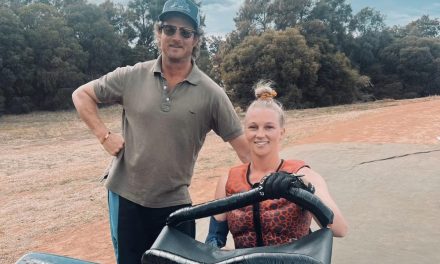