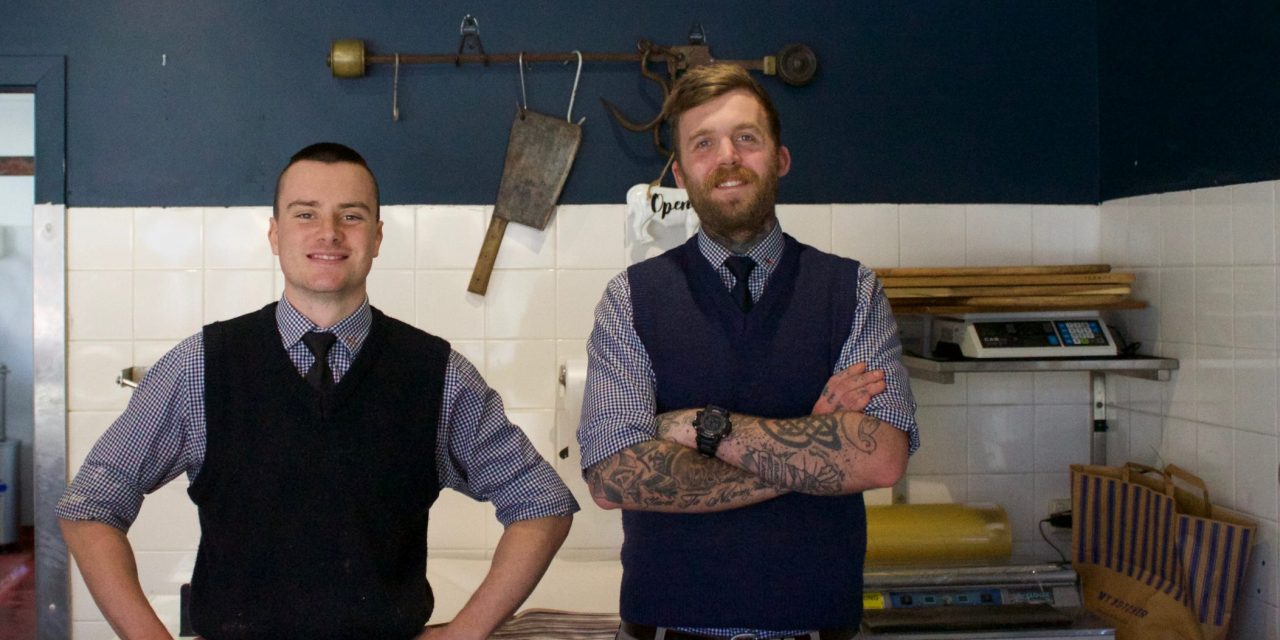 As we head into spring and its warmer weather, some of you are already beginning to put away your slow cookers and roll out your barbeques from the shed, dusting it off then admiring it from afar.

Well, Patrick’s Butchery is stocked with new products for September, including the most popular cuts of meats, smokehouse bacon, a new range of game meats as well as trout and smoked salmon on the horizon.

The shop is also anticipating a new look, with new paint and signs put in place within a few weeks time, there are even more reasons to head into 49 Comur Street soon.

Currently popular are cutlets, sausages and rib-eye, whilst chicken, beef and lamb are free ranged and organic in-store.  Pork is pasteurised to ensure the best quality and taste.

On Father’s Day, the 1.5kg tomahawk steak was on display as the “perfect” dish according to Patrick’s Butchery Owner Aaron Nettheim.

He described it as a “proper man’s feed”, that if you marinate it with salt and pepper and throw it onto the barbeque, you “could feed a whole family happily”.

Last fortnight, Aaron said business improved in comparison to the previous few weeks when it was much colder.

“It’s been consistent. It felt great being on our feet and I think the warmer weather is bringing more people out of their homes,” he said.

Just eight months ago, Aaron Nettheim took over the shop as the owner, having previously spent his time as a butcher on site.

With much excitement and anticipation for the store going forward, including digital marketing creating a Facebook page, the store was hit hard by the pandemic with many staying indoors.

The Facebook page now has over 500 likes and many posts and high-quality photos.

One of the posts included a recent competition, which saw a winner receive 50 sausages for guessing the closest weight of the beef hindquarter that Aaron was carrying in a photo.

Traditionally, there would be five butchers rostered in a working week, but with the pandemic slowing things down, nowadays it’s just Aaron and young Tom Girdler running the shop.

Aaron said it was an opportunity to take over at the start of the year, but he was not expecting for a pandemic to get in the way of his vision panned out.

“I was hoping for it to get busier than what it was before [last year]. I was hoping to keep on more staff members too, but I can’t have them all working in here,” Mr Nettheim said.

“I don’t even know if we are going to have a Christmas this year because if COVID spikes up again, people might not leave their homes again.

“And maybe people aren’t going to have Christmas hams this year too.”

During a regular week, Monday’s begin by breaking down all the bodies that arrive on Sunday night, on Tuesday, chicken arrives, on Wednesday and Thursday they make snags and on Friday’s they do a deep clean and scrub of the entire shop.

Most recently, Aaron has been interested in stocking game meats in-store.

Patrick’s Butchery is the only butcher store in Yass to stock game meat and Aaron said customers are “curious” and “buying it”. 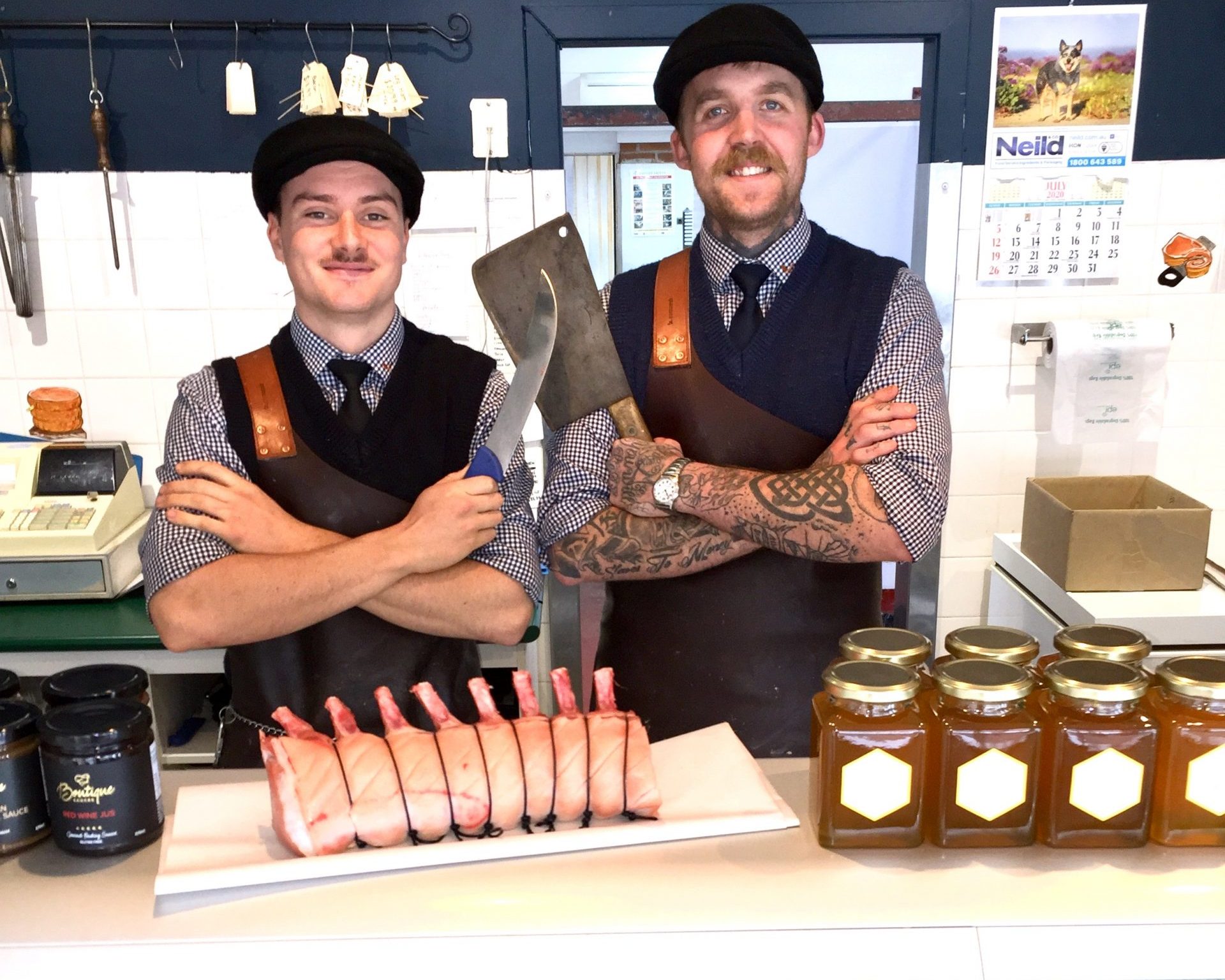 Butcher Tom Girdler said having it in stock was a good way of providing options for customers if they ever wanted to venture onto wild meat.

“Most people go ‘what’s that’ and buy it to try for interest sake because really, you wouldn’t be able to get it from anywhere else,” Tom said.

The process of bringing game meat to Patrick’s Butchery begins through licensed hunters capturing these animals and bringing them to a specific abattoir catered for wild meat.

Wholesalers then buy from these special abattoirs and then Aaron goes out and purchases them, as he wanted to introduce it to Patrick’s Butchery and the Yass community.

Game meat comes from all over Australia, for example, camels are hunted from WA and kangaroos are derived from Queensland.

Patrick’s Butchery has been forced to have just two customers in the shop at a time since the restrictions began, Aaron said customers have complied with it really well and have been very understanding.

With a bookshelf full of cookbooks and inspirations in the corner of the store, pop into Patrick’s Butchery soon to read them and have a chat with Aaron and Tom on recipe ideas!

We thank Patrick’s Butchery for supporting your local newspaper the Yass Valley Times. 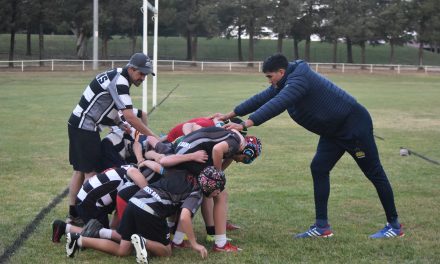 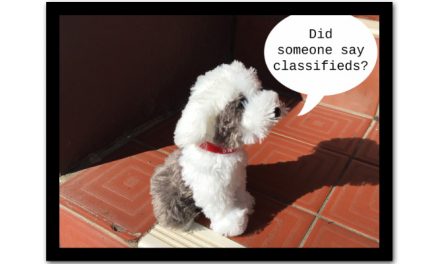 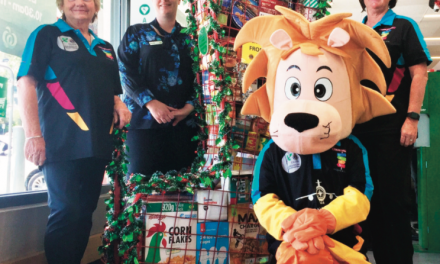 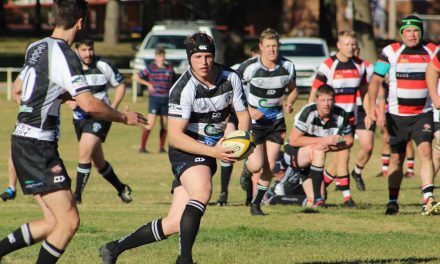